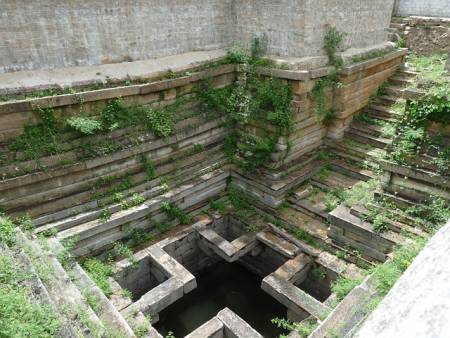 Water – one of the basic conditions of life, the source of life for all living organisms, the basic fluid for the functioning of the entire Earth, and the most valuable fluid in the universe. Already in the ancient past, the lack of water forced people to deal with transportation from the place of its occurrence directly to its users.

Water pipes were already known to ancient civilizations. By 4,000 BC, townhouses in India were already equipped with bathrooms. Later, baths appeared in Crete. In ancient Greece or Rome, there were so-called thermal baths and some luxury houses equipped with piped cold and hot water.

The first stone water supply was built in 2000 BC in Assyria (the territory of northern Mesopotamia in today’s Iraq – the upper reaches of the Tigris River). In Greece and North Africa, pipes made of burnt clay were used for water supply, and in China bamboo pipes.

The most famous ancient water systems are the Roman aqueducts. After the fall of slave Rome, there was a long period of feudalism, which meant stagnation in science and technology. Care for hygiene also declined, because the church that reigned here considered the cleanliness of the body incompatible with piety.

Contents of the article show

Based on ancient Hindu texts, Indians used copper, sunlight, and heat to purify water. But these were not the only methods, because they used coal, clothes, and sand to catch other pollutants. After the water was purified, it was stored in a clay container because this method of storage increased the alkalinity of the water and enriched it with minerals.

Although in ancient times, the Greeks used a filtering method that is still used today. They used a thin cloth that they put in the container where they would store the water. They first heated the water, then poured the water through the cloth to clean it as much as possible. So they had a water supply with less pollution.

The father of medicine, Hippocrates, did several different experiments on water purification. The water that came from the aqueducts at that time was not of the right level of purity. So he did research and finally designed the so-called fabric membranes, through which the inhabitants of that time poured warm water to clean it of pollutants.

The Archimedean screw is named after its inventor Archimedes of Syracuse. It is used to move water upwards with as little force as possible. In this case, it consists of a thick hose wound helically around an upwardly inclined axis of rotation.

Thanks to its opening at the lower end, this hose draws a portion of water from a reservoir with each rotation. With each subsequent rotation, the water is transported one turn further, increasing in height until it finally flows out of the upper hose opening back into the storage basin.

In ancient Rome, there were no chemicals or filters to clean the water like today. So they used an interesting system to purify the water. They built large basins which they filled with water. These pools had a zigzag construction on their bottom surface and when the water was circulating it slowed down from time to time. In this way, the sand that was in the water was removed and they had cleaner water for consumption. They also did the mechanical removal of other pollutants.

Sir Francis Bacon wanted to advance water treatment practices. His goal was to remove the salt from the seawater, for this he used sand filtration to have a positive effect. This attempt of his was unsuccessful, but he paved the way for other scientists to deal with this and have it easier.

In the early 1670s, several Dutch manufacturers were doing research to increase the magnification of the glasses. This was one of the first microscopes. Thanks to this, Antonie van Leeuwenhoek was able to observe microorganisms in water for the first time. And that’s what he called the monsters in the water.

With the development of the microscope, scientists had more knowledge about the many microorganisms found in water. Thus, the French scientist Phillipe De La Hire invented a water tank that was supplied by rain and had a sand filter inside so that the water would be purified even more. This tank was also resistant to mold and its traces.

Robert Thom is known as the man who created the first municipal water treatment plant. The method he used in this plant was that he used slow sand filtration. In the beginning, the water was distributed by horse-drawn carts, because only after 3 years were the pipes installed for circulation, and the idea was given that everyone has access to safe water.

In 1827, John Doulton invented the first ceramic water filter which removed bacteria found in water. At that time, the epidemic of cholera and typhus was very widespread because the drinking water was contaminated with sewage. Therefore, this was one of the reasons that pushed John Doulton to make this invention. This helped a lot because this ceramic filter was able to purify water to a large extent for that time.

The Metropolis Water Act is an act that was established in 1852 in Great Britain. This act involved London’s water supply companies which set the minimum standards of water quality should be. The purpose of the act was to supply the population with drinking water and the companies were obliged to filter it constantly.

In 1854 it was discovered that the cholera epidemic had spread through water.
After some research, John Snow found out that the main reason related to the outbreak of cholera was the black water that had contaminated the pump. In this way he found a solution, using chlorine to clean the pump, and had a positive result. This helped future generations to put it into practice to use chlorine to disinfect water.

Doulton Manganous based on the research of the French scientist, Louis Pasteur for bacteria in water in 1862 discovered the first carbon filter. This carbon filter was very precise because it could clean water from bacteria up to 99%. After this discovery, these filters were produced on a large scale and were widely used by other peoples and institutions.

The famous French chemist, Louis Pasteur 1862 did scientific research on bacteria. After doing his research, he discovered that heat completely suffocates the microbes in the liquid and simultaneously prevents the growth of bacteria. With this discovery, he invented many other methods that have been used to pasteurize milk from that time until now.

At the beginning of the 20th century, in most of the developed countries of the world, minimum water quality standards were set. The USA passed the Safe Drinking Water Act in 1974. This act determined that if more than 25 people are served in a water supply system, there will be maximum levels that are accepted in contamination for pathogens and chemicals.

The nanotechnology removes pesticides and microplastics from water. The membranes remove not only microorganisms present in the water but also substances that affect the color of the water. At the same time, desirable minerals such as calcium, magnesium, potassium, and sodium remain in the water.

The increasing pollution of drinking water sources and the concomitant growing demands for the treatment of raw water for drinking purposes are generating new technologies that can meet these challenges. One such technology is nanofiltration.

All household water filtration devices work on different principles: mechanical filtration, sorption on activated carbon and similar media, ion exchange on ion exchangers, special membrane filtration, catalytic oxidation, etc. Usually, 2-3 water treatment methods are included in the filter, as each of them acts only on a certain type of pollution.

Therefore, it is very important to have your water analyzed before getting a filtration system so that you know what pollutants your tap water contains and in what quantities and choose the appropriate filtration system based on this. In fact, some households in the country boast even better quality water than bottled baby water, and filtration would spoil rather than improve such water.